St. Mark the Evangelist was born in the 1st Century AD in either Libya or Palestine. He died April 25th, 68 AD in Alexandria. He is credited with authoring the Gospel of Mark. Tradition identifies him as being John Mark mentioned in Acts, the companion to St. Paul who later became a disciple of St. Peter. John Mark accompanied Paul and Barnabas (Mark’s kinsman) on Paul’s first missionary journey. After a dispute, Barnabas separates from Paul and takes Mark to Cyprus. Afterward, Paul calls upon Mark and Mark is named as Paul’s fellow worker.

The feast day of St. Mark is celebrated on April 25th, the anniversary of his martyrdom. St. Mark is also believed by various traditions to be the first Bishop of Alexandria and founder of Christianity in Africa. In the Coptic tradition he is identified as the first Pope of the Coptic Orthodox Church of Alexandria.

St. Mark’s evangelistic symbol is the lion. St. Mark is said to be the patron saint of stained glass workers, notaries, attorneys, and prisoners. He is also the patron saint of Venice, Italy where his relics are kept. He is sometimes depicted holding a book or as a winged lion. 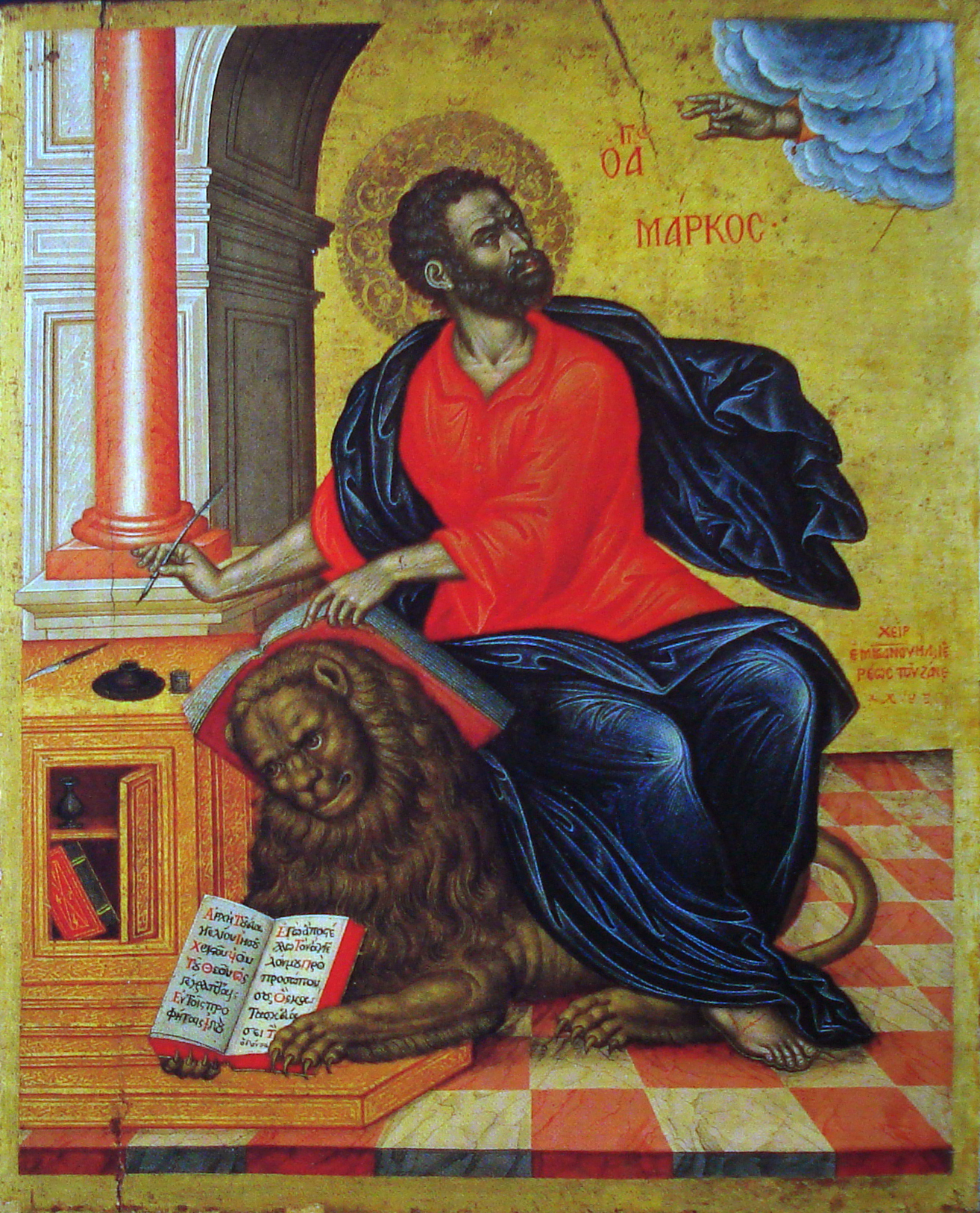 Designed and Maintained by Novare Digital.